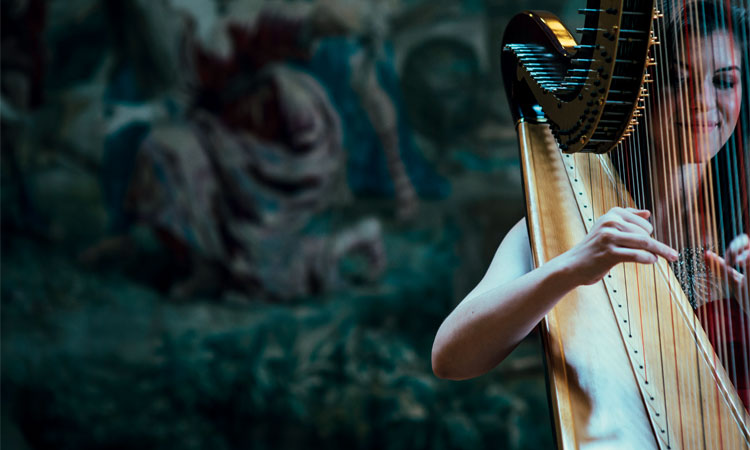 Music is core to all of our celebrations, especially the most important – your wedding! The Ceremony and Drinks Reception Package is the most popular choice for weddings. This includes music for your entire ceremony; the processional, signing of the register and the recessional, followed by background entertainment throughout your drinks reception.

Meredith McCrindle, a native of Houston, Texas, is one of Scotland's most in-demand harpists. She has played numerous celebrity events for public figures, politicians and royalty. Meredith appeared in Vogue's 100th issue, has performed for Christian Dior, and played for numerous Presidential and royal visits. Meredith maintains an active performance career, which includes many weddings, special events and guest appearances in the U.K. and internationally.